NEW FROM ADAMANT ENTERTAINMENT: VON KEINER, SCOURGE OF THE SKIES

Adamant Entertainment is pleased to present the latest in our new line of Thrilling Tales products: Pulp Villains!

Each Pulp Villains release details a nefarious non-player-character, ready to be dropped into your pulp-genre Savage Worlds game, fully statted, with details on their methods, motives, special gear, henchmen, allies and more—along with a collection of adventure hooks for their use.

The mysterious scourge of the skies, and a self-declared "citizen of the air", Kapitän Nikodemus von Keiner embarks on a reign of terror, striking the nations of the Earth with no warning!  A night-black airship appears from the clouds, blasting the terrified cities below with tremendous bolts of lightning.

Who are von Keiner and his seductive Sky Witches?  What do they want?  Who can possibly stand against them?

As a special bonus, Pulp Villains: Von Keiner comes with a folder of high-resolution, 11x17 copies of the schematics/deck plans for von Keiner's airship, the Himmelhexe, suitable for printing at any copy shop.

Included are a black-and-white line art version, a colorized version for an "artifact" look, a blueprint-style version, and a greyscale version as well. 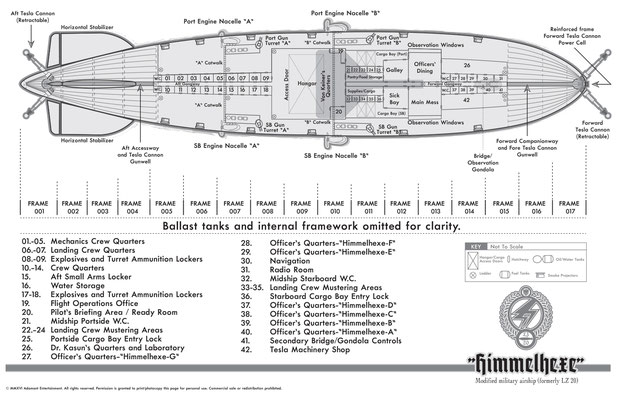 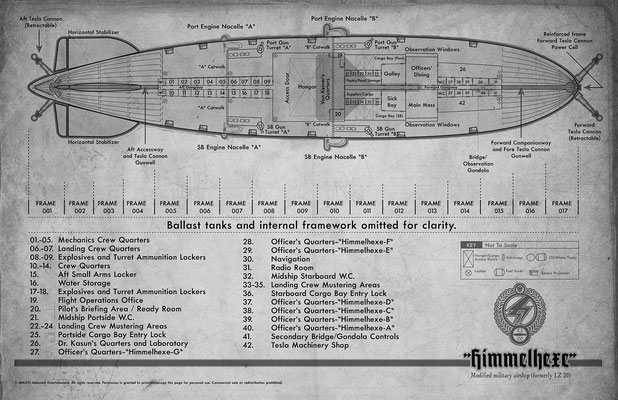 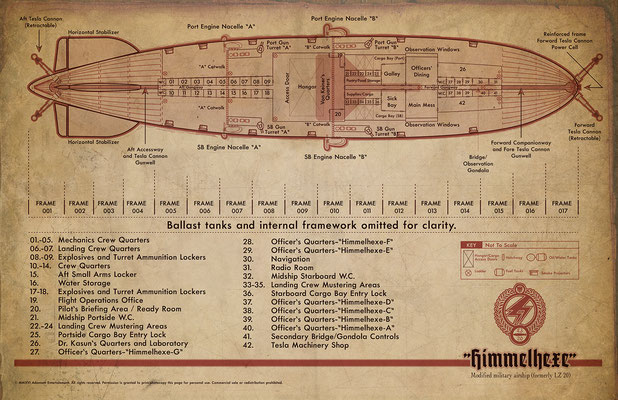 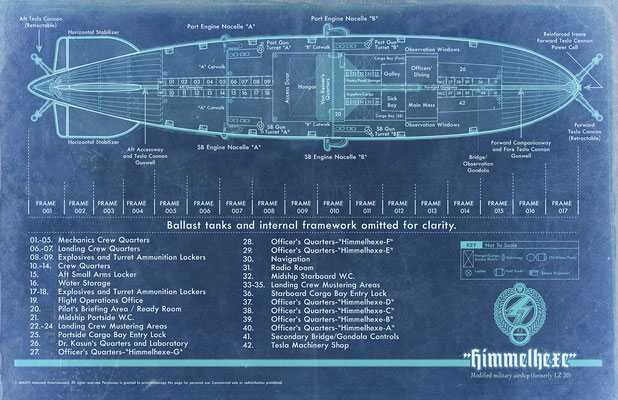